History is a relentless master. It has no present, only the past rushing into the future. To try to hold fast is to be swept aside.
John F. Kennedy

An Overview of History Embarked Upon

This particular post in my history blog is going to be created as I read several books and might become several installments. It will be what it will become and at this point that is to be seen. First I'm reading this popular book which is part of the "hinges of time series" by Thomas Cahill for a beginning in my exploration and search for a general overview of history as a start. Desire of The Everlasting Hills by Thomas Cahill 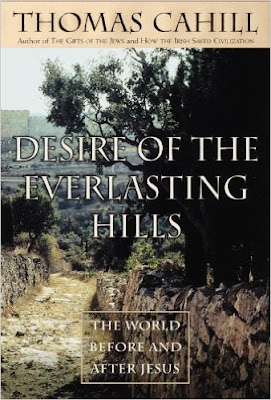 As I peruse possible books to read in the future after the I read "Desire of The Everlasting Hills" I came across this book "The Lessons of History" by Will & Ariel Durant that has me immediately fascinated. And were I a student I wouldn't get away with quoting so much in a paper, so since I'm not I will enjoy the moment and happily give you a large chunk of the preface, because I found it mirrored my own quandary of wanting to delve into history to find "truth" and yet ultimately questioning myself that is it at all possible to grasp, especially by me? 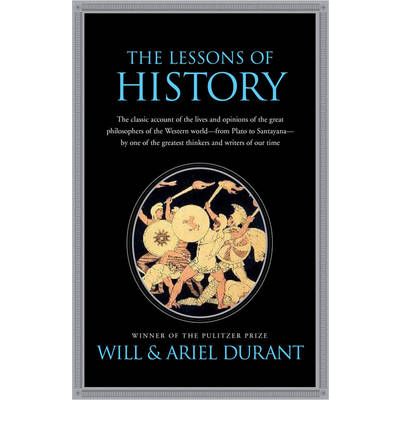 The preface of "The Lessons of History" by Will & Ariel Durant entitled: Hesitations:

"As his studies come to a close the historian faces the challenge: Of what use has your studies been?  Have you found in your work only the amusement of recounting the rise and fall of nations and ideas, and  retelling 'sad stories of the death of kings'? Have you learned more about human nature than the man in the street can learn without so much as opening a book? Have you derived from history any illumination of our present condition, any guidance for our judgements and policies, any guard against the rebuffs of surprise or the vicissitudes of change? Have you found such regularities in the sequence of past events that you can predict the future actions of mankind or the fate of states?  Is it possible that, after all, 'history has no sense,' that it teaches us nothing, and that the immense past was only the weary rehearsal of the mistakes that the future is destined to make on a larger stage and scale?
At times we feel so, and a multitude of doubts assail our enterprise. To begin with, do we really know that the past was, what actually happened, or is history 'a fable' not quite 'agreed upon'?  Our knowledge of any past event is always incomplete, probably inaccurate, beclouded by ambivalent evidence and biased historians, and perhaps distorted by our own patriotic or religious partisanship. 'Most history is guessing, and the rest is prejudice.' Even the historian who thinks to rise above partiality for his country, race, creed, or class betrays his secret predilection in his choice of materials, and in the nuances of his adjectives. 'The historian always oversimplifies, and hastily selects a manageable minority of facts and faces out of a crowd of souls and events whose multitudinous complexity he can never quite embrace or comprehend.' - Again, our conclusions from the past to the future are made more hazardous than ever by the acceleration of change. In 1909 Charles Peguy thought that 'the world changed less since Jesus Christ than in the last thirty years'; and perhaps some young doctor of philosophy in physics would now add that his science has changed more since 1909 than in all recorded time before. Every year--sometimes, in war every month--some new invention, method, or situation compels a fresh adjustment of behavior and ideas. --Furthermore, an element of chance, perhaps of freedom, seems to enter into the conduct of metals and men. We are no longer confident that atoms, much less organisms, will respond in the future as we think they have responded in the past. The electrons, like Cowper's God, move in mysterious ways their wonders to perform, and some quirk of character or circumstance may upset national equations, as when Alexander drank himself to death and let his new empire fall apart (323 BC), or as when Frederick the Great was saved from disaster by the accession of a Czar infatuated with Prussian ways (1762).
Obviously historiography cannot be a science. It can only be an industry, an art, and a philosophy--an industry by ferreting out the facts, an art by establishing a meaningful order in the chaos of materials, a philosophy by seeking perspective and enlightenment. 'The present is the past rolled up for action, and the past is the present unrolled for understanding' --or so we believe and hope. In philosophy we try to see the part in light of the whole; in 'philosophy of history' we try to see this moment in the light of the past. We know that in both cases this is a counsel of perfection; total perspective is an optical illusion. We do not know that whole of man's history; there were probably many civilizations before the Sumerian or the Egyptian; we have just begun to dig! We must operate with partial knowledge, and be provisionally content with probabilities; in history, as in science and politics, relativity rules, and all formulas should be suspect. 'History smiles at all attempt to force its flow into theoretical patterns or logical grooves; it plays havoc with our generalizations, breaks all our rules; history is baroque.' Perhaps, within these limits, we can learn enough from history to bear reality patiently, and to respect one another's delusions.
Since man is a moment in astronomic time, a transient guest of the earth, a spore of his species, a scion of his race, a composite of body, character, and mind, a member of a family and a community, a believer or doubter of a faith, a unit in an economy, perhaps a citizen in a state or soldier in an army, we may ask under the corresponding heads-- astronomy, geology, geography, biology, ethnology, psychology, morality, religion, economics, politics, and war--what history has to say about the nature, conduct, and prospects of man. It is a precarious enterprise, and only a fool would try to compress a hundred centuries into a hundred pages of hazardous conclusions. we proceed."

I love it! I couldn't delete, or bypass a word. So eloquently summing up that feeling of- I am tackling something impossible, and improbable to be fully successful- but here I go, I'll give it a try. So in light of all the complications and hurdles to trying to actually grasp history: I, we still try.

I have fallen in love with these writers! Their words are so eloquent and exactly to the point. Their words express what I cannot fathom to grasp, and yet it really seems on point- exact. So I go to look at the publishing date, expecting to find a current one and possibly more works by them and sigh- they've died- long ago. This book above was published when I was 8 in 1968 and they passed away when I was 21, in 1981.

Don't you hate it when you fall in love with an author(s) to just find that they already died 35 years ago! I'm upset! "The Lessons of History" is so awesome and since it was a bestseller I made the mistake of assuming it was a new book.  I guess History and it conclusions drawn can be timeless sometimes. The authors Will and his wife Ariel were born in 1885 and 1898, they passed within 2 weeks of each other in 1981; and in their lifetime they were awarded the Pulitzer Prize for General Nonfiction in 1968 and the Presidential Medal of Freedom in 1977. I felt like their voice was so now and contemporary. 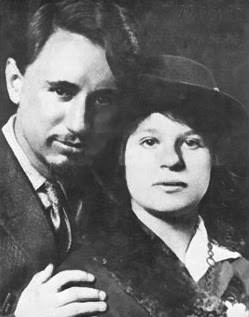 So now I search for their works and maybe someday I can get their audio of their lifes work-"The Story of Civilization, The Lessons of History". Possibly I can find some of  volumes in second hand stores. I'm thinking of only looking for the volumes of history that interest me and leave listening to the entire work later when I can spring for the audio. Audio- Story of Civilization   What fun it would be to knit and listen to world history at the same time! (OK- so that's my idea of fun!)  It's an eleven volume work that starts with the Chinese civilization and runs through the Ancients- Greece and Rome and through European History up till  "The Age Of Neapolitan", published between 1935-1975.  "The series was written over a span of more than four decades. It totals four million words across nearly 10,000 pages, but is incomplete."Wiki- The Story of Civilization They intended to cover the entire scope of history, but passed away before they could finish their work. The above book: "Lessons of History" was an effort to draw some conclusions from a lifetime of work and find some coherent patterns. 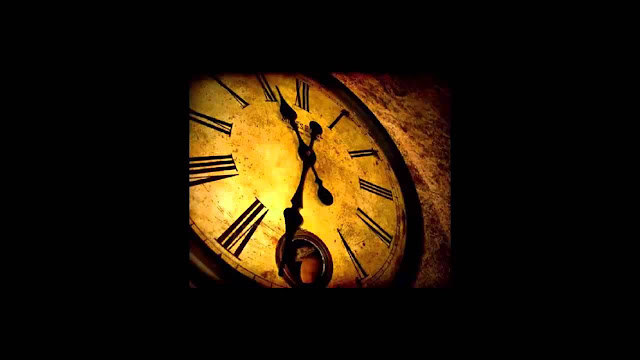 There are also these books done by the Durants:

"The Greatest Minds and Ideas of All Time" 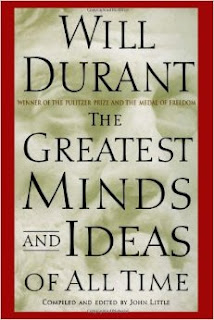 "Heroes of History: A Brief History of Civilization from Ancient Times to the Dawn of the Modern Age" 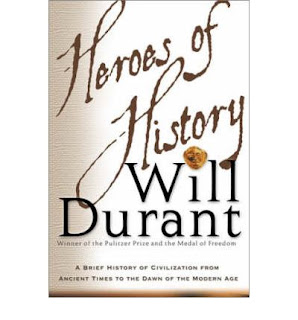 "Praised as a “revelatory” book by The Wall Street Journal, this is the last and most personal work of Pulitzer Prize–winning author and historian Will Durant, discovered thirty-two years after his death.

The culmination of Will Durant’s sixty-plus years spent researching the philosophies, religions, arts, sciences, and civilizations from across the world, Fallen Leaves is the distilled wisdom of one of the world’s greatest minds, a man with a renowned talent for rendering the insights of the past accessible. Over the course of Durant’s career he received numerous letters from “curious readers who have challenged me to speak my mind on the timeless questions of human life and fate.” With Fallen Leaves, his final book, he at last accepted their challenge." Amazon Fallen Leaves 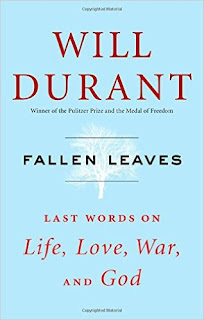 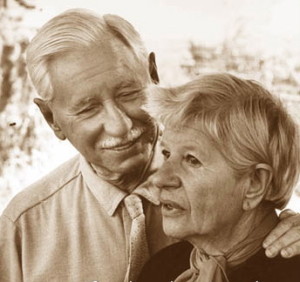 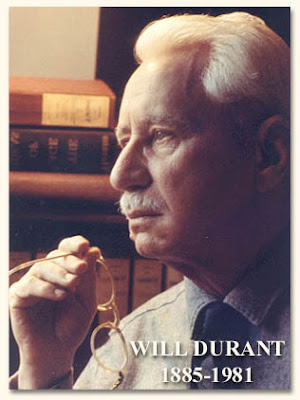 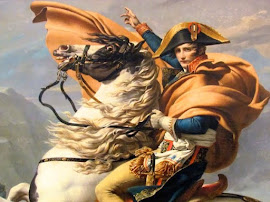 The Past vs. History

The past actually happened but history is only what someone wrote down.
A. Whitney Brown 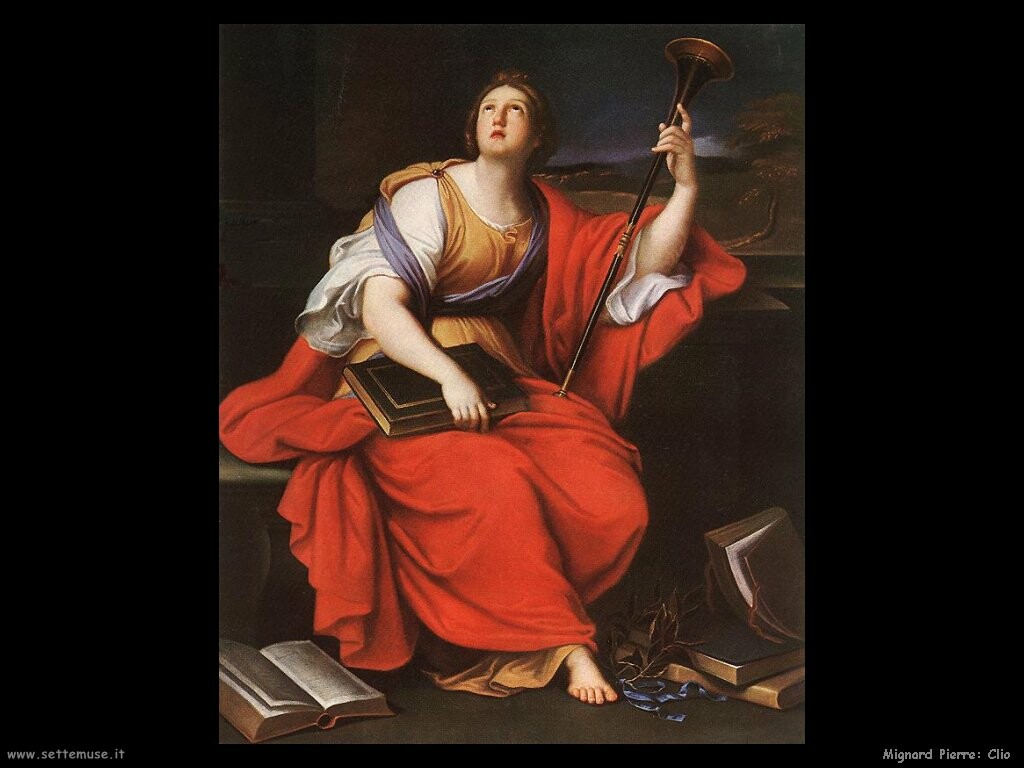 History will be kind to me for I intend to write it.
Winston Churchill

TimeKeeper (tap on to see)

Will Durant on History

History is mostly guessing; the rest is prejudice.